The Extraordinary Vessels are an integral part of our body, each with its design to fulfill its role. How does it affect women in menstruation? Tune in to find out how the vessels play an important role in menstruation!

Pathology in Blood happens when Cold settles in the Uterus because of Kidney-Yang deficiency or Exterior pathogens. This Cold causes stasis of the Blood that can cause infertility, delays in the period cycle, painful periods, or dysmenorrhoea mainly in girls and young women. Pulse will appear to be Slow with either a choppy or tight flow and the tongue will appear to be blue and purple. In women, Hot and Cold symptoms are not necessarily due to Hot and Cold syndromes. Instead it shows a deficiency of Kidney Yin and Kidney Yang, or a mix of deficiencies such as Spleen-Yang deficiency for the Cold alongside Damp-Heat within the Bladder, or Kidney-Yang deficiency within Heart-Heat.

Deficiency of the Original Qi, also known as Yuan Qi, will cause Cold symptoms and can lead Yin-Fire to produce Hot symptoms. Stagnation of Qi can lead Heat to rise where the face feels hot and circulation of Qi is cut off where the hands and feet feel cold. The tongue will appear to be red on the sides. Similarly, Rebellious Qi within the Penetrating Vessel will also cause Hot and Cold symptoms because the rising of Qi surges to the abdomen, chest, throat and manifests as Heat on the face and cold to the feet since Qi does not descend. Blood deficiency also causes Cold Symptoms and may cause Empty-Heat in severe cases.

Check out our latest EPISODE on Podbean!!

Pathology Of The Penetrating Vessel

Other symptoms of pathology in the Penetrating Vessel include distention/pain/fullness whether it be hypochondrial, hypogastric, epigastric, umbilical, in the breasts or within the lower abdomen. However, the primary symptom of pathology in this Vessel is distention/ fullness within the lower abdomen into the chest. It will also cause palpitations and irregular/painful periods. This vessel can treat anxiety during menopause and palpitations because its path reaches the chest and the Heart. Anxiety comes from Rebellious Qi, and it can make greater menopausal issues. When Kidney Essence declines during menopause, there is an increase in emotional stresses and triggers rebellious Qi.

A syndrome worth mentioning, is the Running Piglet Syndrome which comes from the lower abdomen and rises to the throat. It is mainly experienced by women over 40 years old with already existing menopausal problems or dysmenorrhoea. The patient with this syndrome will experience this disease when feeling shock and fear and the disease itself will cause shock and fear which injures the Kidney. The cause of this Syndrome alongside the Rebelling Qi in the Penetrating Vessel is Full type stagnation from Liver Qi or the most common in women would be the Empty type stemming from Kidney deficiency.  The opening and closing points to the Penetrating Vessel SP-4 Gongsun and P-6 Neiguan treat this Syndrome alongside ST-30 Qichong, KI-13 Qixue, KI-14 Siman, KI-16 Huangshu, and KI-21 Youmen. 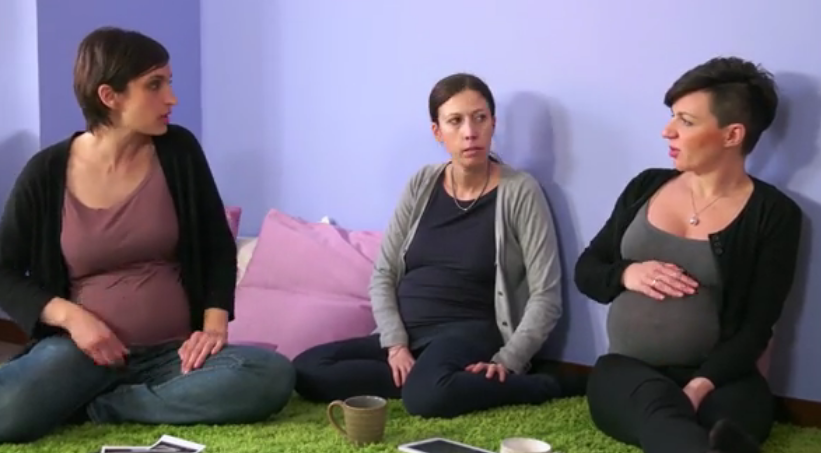 The Penetrating Vessel/ Qi and Pregnancy

Blood transforms into milk and flows through the Penetrating Vessel when a woman nurses. This shift in direction is a common cause for the rising of Qi during pregnancy. The Penetrating Vessel governs the Blood-Luo and creates the unbalance in the Uterus. It leads to muscular pains mainly after childbirth. Women are prone to external invasions during menstruation because of the lack of Blood, which causes an emptiness in the channels. The spaces between the skin and the muscle are lacking blood and are more susceptible to attacks. Stasis in the Blood is another form of Pathology of the Penetrating Vessel which may lead to dysmenorrhoea. The Penetrating Vessel connects to the Kidney Channel and alongside the Directing Vessel, it relates to the Zong muscles in the abdomen. The zong muscles are affected by the unbalanced Vessels and can cause serious prolapses in women.

Pathology of the Directing Vessel

After menopause, the Directing Vessel can be used to nourish Yin and Blood to treat Empty-Heat symptoms from Yin deficiency. The points used are LU-7 Lieque and KI-6 Zhaohai with Ren-4 Guanyuan. Symptoms of Empty-Heat and Kidney-Yin deficiency include night sweats, hot flushes, irritability, anxiety, dry mouths, dizziness, tinnitus or insomnia. The Directing Vessel can also be used to descend Qi to the Lower Burner through the points LU-7 Lieque and KI-6 Zhaohai alongside Ren-6 Qihai. In women, Qi needs to descend to the Uterus for lumps, carcinoma and fibroids. On the other hand, Qi descends to the Lower Burner for hernias in men.

The path of this vessel is through the throat, around the mouth. Therefore, illnesses in the gums and a dry throat are due to pathology in the Directing Vessel and it is mainly seen in pregnancy and gynecological problems.

During the ninth month of pregnancy, women may experience aphasia where the Uterus and the Uterus Channel is disconnected. After childbirth, the connection is re-established. Because the Uterus channel is connected to the Kidneys and it flows to the tongue, women cannot speak in aphasia. The Directing Vessel can treat deficiencies in the Lungs and Kidneys, asthma and breathlessness through the point Ren-17 Shanzhong to impact the Qi of the Upper Burner.

Pathology Of The Governing Vessel

Pathology Of The Girdle Vessel

The main roles of the Girdle Vessel is to ascend Qi and stop Qi to descend through the leg channels. If it descends, it may cause Dampness and Leucorrhea, or dai xia. Dampness caused by deficiency will manifest as vaginal discharge or vaginal itching and soreness. Lower abdominal pains are also a sign of pathology in the Girdle Vessel. It manifests in the Gate of Life, as amenorrhoea, cold within the genital area, infertility, Umbilical pains. It mainly manifests onto the thigh and within men it shows up mainly as emissions. The Girdle Vessel connects to that of the Directing Vessel, but they are different in their deficiency and Excess conditions. The Girdle Vessel pertains to the Directing Vessel in deficiency, and pertains to the Penetrating Vessel in Excess.

Deficiency occurs when Qi is deficient and the Girdle Vessel is slack. Deficiency is due to Kidney deficiency, Liver Deficiency, and this vessel will not limit Essence, sinking of Spleen-Qi, and it will not prop the Postnatal Qi. The Directing, Governing and Penetrating Vessels will therefore become deficient as well. To develop, the fetus needs the strength of the Directing, Kidneys and Girdle Vessel. Women are put at risk of miscarriage and prolapsing when the Vessel is deficient and cannot withhold the organs.

An unbalanced Girdle Vessel is tight and causes excess. Damp Cold will invade the Spleen channel and cause a fullness within the abdomen. A heavy feeling in the back and in the abdomen will manifest due to dampness. Therefore, the Girdle Vessel treats abdominal pain from fullness, dampness within gynecological circumstances, and dysmenorrhoea.

The Yin Stepping Vessel within women impacts the reproductive system and the lower abdomen. It treats excess patterns of the Lower Burner. This includes abdominal masses, lumps, cysts, fibroids, difficult delivery, retention of the placenta, and aids in healing after endometriosis and hysterectomy operations. The Yin Linking Vessel nourishes Blood and the Mind of women, and eliminate excess conditions. It treats amenorrhoea, the hindrance of periods, primarily relating to mental illnesses and tightness of the chest.

About the Author: New York State License Board Certified Doctor of Acupuncture